If you can throw a 95 MPH fastball – or hit one – your teammates don’t care what color you are, how pretty you are, or where you came from.

“I SOON DISCOVERED this novel is a story of the indomitable spirit that potentially dwells in us all. About selflessness, sacrifice and the beauty of compassion.  It’s the story of hope and renewal; a second chance.

MATT WOLF doesn’t remember his past, or what he used to look like. or his real name.

But the four people who rescued him from a devasting plane crash, do know…everything. Including that the world, including his wife, think Dylan Michael, the greatest baseball player of a generation, died in that crash.

As fans mourn Dylan’s loss, Matt heals. While his face will never look the same, his body recovers and is stronger than ever.

By chance, he realizes he may have played baseball at one time. As his talent resurfaces, it’s clear he has major league ability, maybe super-star ability. But there’s a catch; his past can’t be discovered, or he could spend years in prison.

To reach his dream of returning to “The Show” Matt will need the help of everyone in the small town of Blossom, South Carolina. Problem is, Matt is a white guy and Blossom is a nearly all Black town. A town not really all that fond of white guys, even former big leaguers.

HE WILL NEED TO PROVE TO THE PEOPLE OF BLOSSOM HE’S MORE THAN A BASEBALL PLAYER! 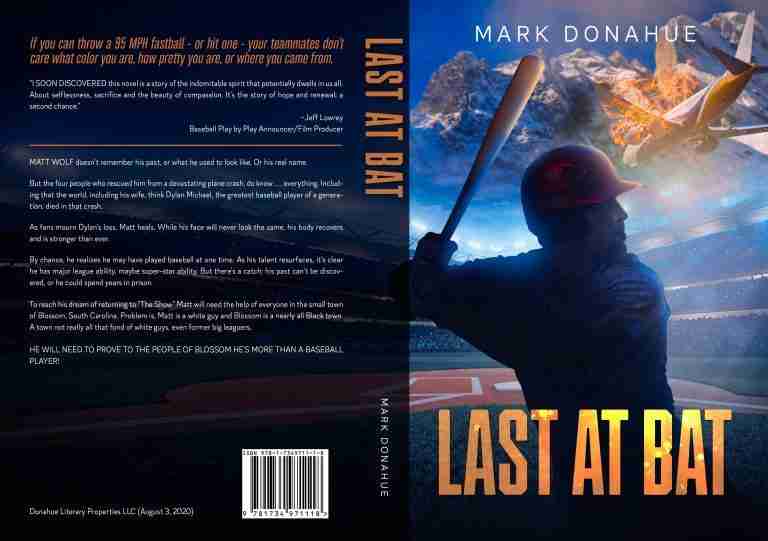