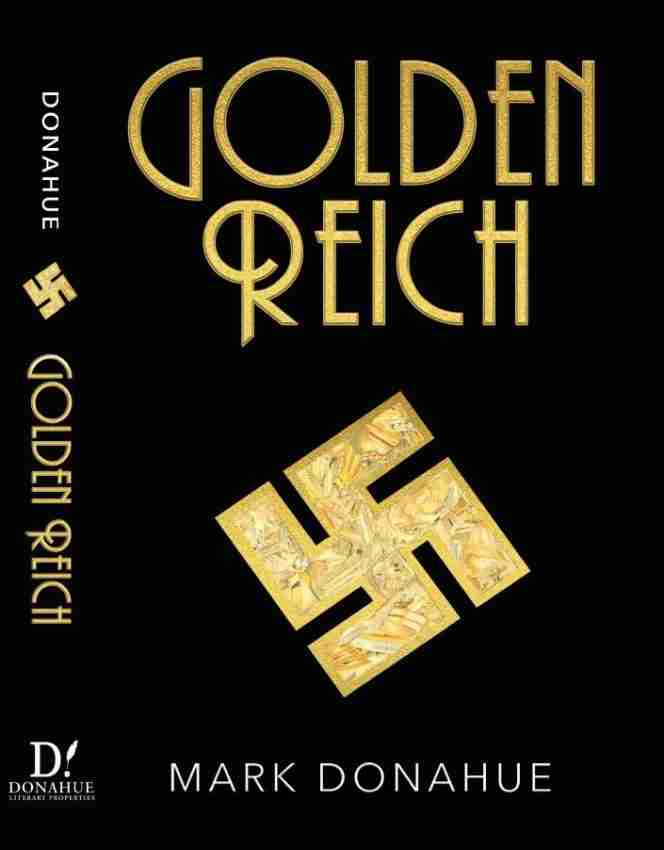 MARK DONAHUE ROARED onto the literary scene with five, yes five bestselling books in his portfolio, a major accomplishment, and he has more books coming. Golden Reich was a breakout bestseller from its release, having captured the attention of readers across the board, with its thrilling plot, and beyond intriguing characters. It is an action packed thriller for the ages.

In Golden Reich the seeds that were planted by Germany’s Third Reich for a Fourth Reich are coming to fruition in the American desert. Lester Jones, Donahue’s protagonist, fought the Germans during World War I, and never liked them much at all. These days he is an American bum, albeit a dangerous one – and he fights a war of his own in a cavern in an Arizona desert.

Anyone who is looking for the adventure of the summer will want to have this book on hand. Recently Donahue had a chat with us about Golden Reich, being a bestselling author, and what’s next.

"I think what we saw on January 6th in DC makes most of us realize that a 4th Reich is not as far-fetched an idea as it was 20 years ago. We need to be careful with our democracy. If we’re not, a 4th Reich will sneak up on us like it did in Germany in the 1930’s."

Golden Reich just roared onto the bestseller list, and it is your fourth book to do so since this year began, what does that feel like?

It could have crawled onto the bestseller list and I would have been fine with that. Appreciation of a story or book is very subjective. Some people will like your book, while others won’t. Like any form of art, it’s in the eye of the beholder…or reader.

Lester Jones is an amazing character and the protagonist in this epic tale, what was your inspiration for this dynamic character?

Lester is cool. A guy who has had some tough breaks in his life, but is imbued with a strong sense of right and wrong. He’s also someone you don’t mess with. Lester may be my favorite character in all my books.

The idea of a 4th Reich rising is terrifying, and makes for an awesome story, what made you take this idea and turn it into a book?

I think what we saw on January 6th in DC makes most of us realize that a 4th Reich is not as far-fetched an idea as it was 20 years ago. We need to be careful with our democracy. If we’re not, a 4th Reich will sneak up on us like it did in Germany in the 1930’s.

What are you hoping that the fans take away from your book given its far reaching and insightful storyline?

Be careful with our democracy. It’s not unbreakable.

What can fans expect from you next? Could there be a film in the works?

Scripts have been written for Last at Bat, Fat Girl, Answer Man, Golden Reich and STAT$. We are also in pre-production for a project called EZ Way…stay tuned.

If you want more information about Golden Reich head on over to Amazon.